In Remembrance Of Lieutenant Kevin Johns 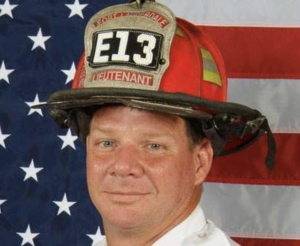 Fort Lauderdale Fire Rescue Lieutenant Kevin Johns served the city of Fort Lauderdale for 29 years. Lieutenant Johns was loved by his family at home and his brothers and sisters that worked with him. On Tuesday, September 30th, Lieutenant Kevin Johns was on his way to work when he noticed one of his tires was deflated and pulled off over to the shoulder of the highway. While Kevin was changing his tire, there was an unrelated vehicular traffic crash nearby and one of the vehicles involved in that crash veered off the highway and struck him. Kevin was transported to Delray Medical Center where he later succumbed to his injuries.